Who Started the Mexican-American War?

On April 26, 1846, a detachment from Zachary Taylor’s army under Captain Seth Thornton was ambushed by a numerically superior Mexican force near Brownsville, Texas. Nearly all of the Americans were captured or killed.

Mexico fired the first shot of the Mexican-American War, but the United States had been preparing for war at the border for months. Both sides anticipated the war, and the hostility was mutual. 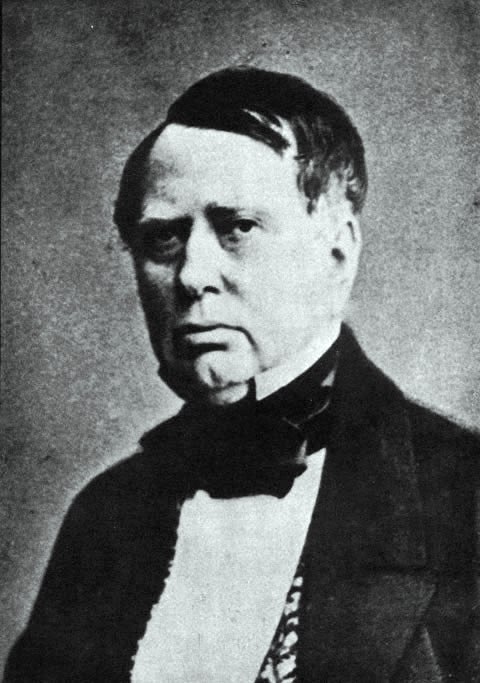 Mariano Arista, general of the Mexican Army of the North

The Rio Grande was the southern border of Texas that Antonio Lopez de Santa Anna accepted in the Treaty of Velasco after the Battle of San Jacinto, when Texas established its independence. Due to political tumult, Mexico did not ratify the treaty, but the Rio Grande was nonetheless the border observed by both Texas and Mexico during the following ten years, and the United States upon the annexation of Texas in 1845. Mexico began insisting that the southern border of Texas was actually the Nueces River rather than the Rio Grande. Texas may have had little legal authority in their assertion that the Rio Grande was the border (as the treaty was not ratified), but Mexico had none whatsoever to support their own claim. In any event, it seemed that a contest of arms was the only way to clarify the situation.

On March 3, 1845, one of John Tyler’s last acts in the White House was to dispatch an annexation offer to Texas. The next day, President Polk was sworn in, promising to see the process through completely. In June, Texas accepted the offer. Once that was finalized, in July 1845, President Polk sent General Zachary Taylor to Corpus Christi in order to enforce the border and prepare for the inevitable conflict.

Meanwhile, in Mexico, there was not such a steady progression of preparation for war, or really any progression of anything at all. In 1846 Mariano Peredes was the President of Mexico, dealing with constant contention, insurrection, and economic instability. He sent General Mariano Arista with the Army of the North to the border in response to Taylor’s machinations in Texas. Arista ordered Anastasio Torrejon to cross the border with around 1,600 men, and upon encountering Thornton’s patrol, he attacked. War had begun.

What famous Civil War General (lauded by W.S. Churchill) made his bones as an artillerist in the Mexican- American War?

Many of the prominent Civil War generals, on both sides, served in the Mexican-American War. Jackson, Lee, and Grant, as well as some of the less illustrious like George McClellan and John C. Fremont, fought in Mexico, while others, such as Sherman, were in the Army at the time on more mundane duty. Even the Commanding General of the Army during the war with Mexico, Winfield Scott, retained his position for few months into the Civil War, until November 1861, and was responsible for devising the naval blockade of the South. Most of these Civil War generals served as artillerists… Read more »

The answer is Thomas “Stonewall” Jackson.

Which U.S. military officer in the Mexican-American War was sacked (lost his command) for emancipating slaves early in the Civil War?

Interesting, Fool. I wasn’t aware of anything Churchill had said of Jackson. Anyway, it was Fremont who was ousted for insubordination when he refused orders from Lincoln to revoke an order of emancipation in Missouri. It wasn’t the only time Fremont proved troublesome to his government: he tried to remain Military Governor of California once appointed by Robert Stockton during the war with Mexico, despite direct orders for Stephen W. Kearny to assume that position. Fremont was court-martialed shortly thereafter.

Going off thread, what Revolutionary War era person is credited with saving Alexander Hamilton from being captured by British troops?

Burr rescued Hamilton in New York, helping his company retreat to Harlem Heights after the Battle of Long Island.

You sir are correct.

What was the final scene (infamous end) that Burr played out on this continent?

Burr’s attempts to establish a settlement in the west, with hopes of profiting from a potential war with Spain, landed him in some trouble. Burr was arrested on suspicion of insurrection after word got out of his plot, but he was ultimately acquitted of all charges. His reputation was nonetheless damaged beyond repair in the incident, and he left for Europe. His western adventures can be seen as a sort of harbinger of manifest destiny, and jimmypolk.com may cover them at a later date.

Our national capital/ federal district (Washington D.C.) was established in its present physical location on the Potomac as the result of the negotiation between two parties. Who were the two parties negotiating and what was the other half of the bargain (quid pro quo)? Bonus, who facilitated the meeting between the negotiating parties?

In the compromise of 1790, James Madison and Thomas Jefferson made an agreement with Alexander Hamilton that the Federal government would assume the states’ debts from the war in exchange for establishing a capital in the South. Hamilton wanted economic centralization while Jefferson & Madison, as Virginians, wanted the capital to be in the South, on the border between Maryland and Virginia. Madison was reluctant to compromise, wary of giving the Federal Government more power, but Jefferson was able to arrange a meeting between Madison and Hamilton during which the deal was negotiated.

During the Revolutionary War era, what Church in what Virginia city in western Virginia served as the state’s Capital when the British occupied the piedmont area of Virginia causing the government to flea west?

The Virginia State Legislature convened in Staunton, the temporary State Capital, in 1781 in the Augusta Parish Episcopal Church. The Capital of Virginia had previously been moved from Williamsburg to Richmond to Charlottesville during the war, before Staunton.

During WWI and WWII the land battle front engagements involved millions of soldiers in the battle lines. In the American Civil War the numbers measured in the tens of thousands to just over 100,000 on each side. What was numerical scale of the opposing armies at the Battle of Yorktown ( the decisive battle of The Revolutionary War)?

The Americans and French had around 19,000 men in total, while the British and their hired German soldiers numbered about 9,000.

Yes, the scale of war has grown with industrialization and advanced logistics. The French and Indian War was fought on a smaller scale than the Revolutionary War.

Besides Martha Skelton (Wayles) Jefferson, what other blood relation of John Wayles did Thomas Jefferson have children?

Yes, it’s alleged that Jefferson is the father of Sally Hemings child/ children. This theory is based on the logic that there are similar genetic markers between present/ living descendants of Thomas Jefferson and descendants of Sally Hemings. The logic is loose at best as Jefferson’s descendants had a maternal line as well (Martha). It is logical that Martha and Sally would have children with similar genetic markers irrespective of who the men are that fathered the children as they both carry John Wayles genes. Mr X could have fathered Martha’s children and Mr Y Sally’’s and the children would… Read more »